skip to main | skip to sidebar

Report filed by field operative QBJ. Observation made in the outskirts of ***** city. Evidence of intercepted techno-archeology operation. The abandoned vehicle was approached with caution. 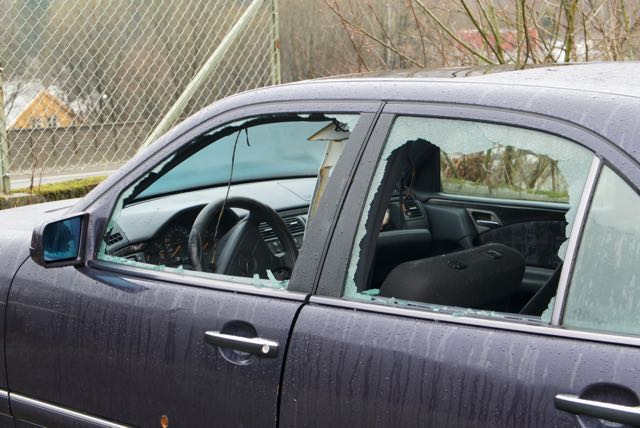 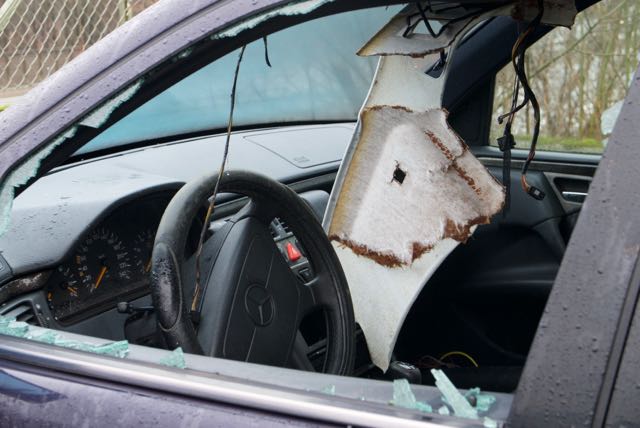 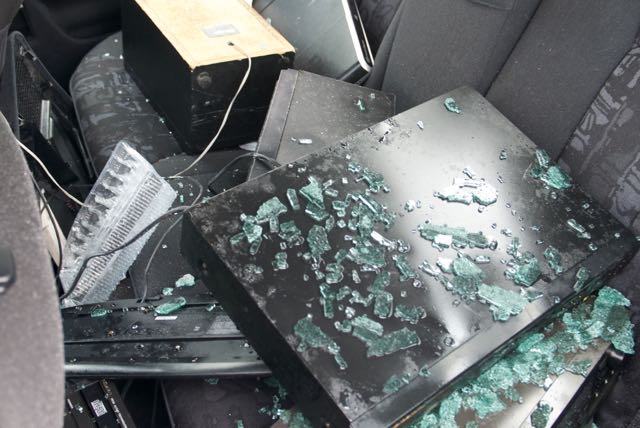 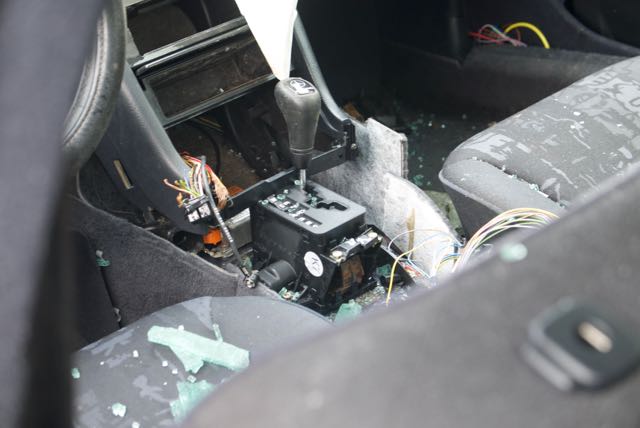 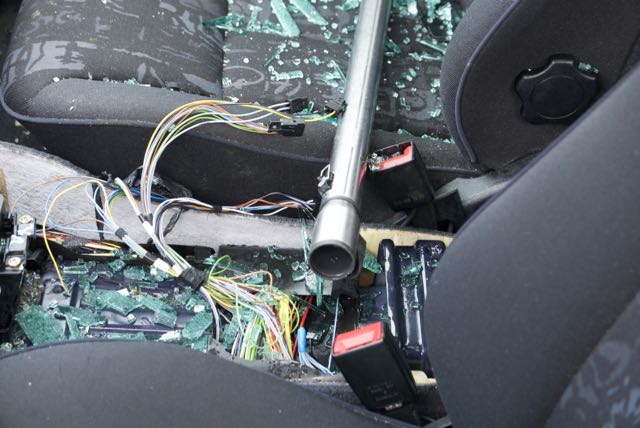 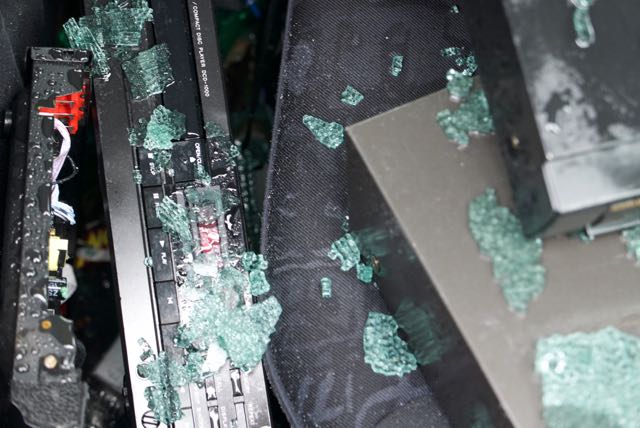 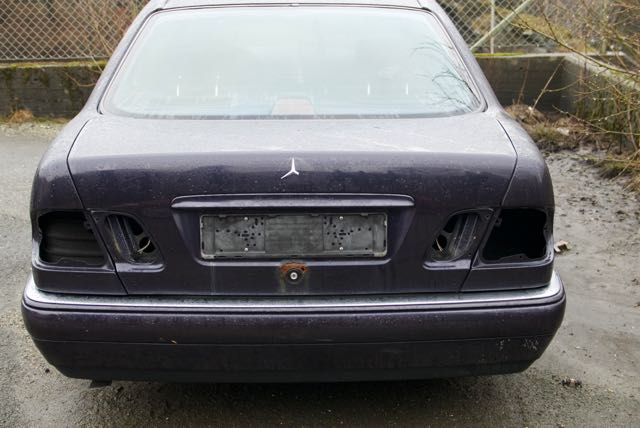 
This article really relates to the hypothetical destruction of urban spaces. It is of course, 'Ballardian':

Posted by Brother Paul at 12:06 PM No comments:

Extract from an on-going Report

If you revel in the pornography of ruins, this is a good time to be alive. Lucas loves to wander through the ruins of the Houses of Parliament on a wet day. Today he’s in the Commons, admiring the fungi aggregating on the green leather upholstery. He walks slowly down the central aisle, avoiding the pools of brackish water that have gathered under those rents in the roof. He pauses at the bench where Prime Ministers used to flaunt their indignation and tears off a clump of soft brownish matter. Is it edible? Could it be harvested for its psychedelic qualities? At the same time, he’s wary. Although the elderly security guard patrolling Millbank seems to tolerate his solitary visits to this dangerous site, waving him through the sagging barrier with a quick nod, he is in a Dead Zone without official clearance. If caught, there could be consequences.

And there’s a deeper unease fermenting in his mind, which makes him drop that lump of fungus. He might have blundered into another time-trap. He could become a captive of the Archons. His Gnostic soundings have certainly hit bottom, he’s in a prison of corrupted flesh, dead man in a rotten body already. Or imprisoned in the decaying infrastructure of yet another virtual universe, a stone planet honeycombed with crumbling Gothic vaults and cracking pillars. No, he’s drifting again. Be careful what you think, it might just happen. The quantum wave function might collapse into anus mundi yet again., to admit more nonsensical shit from the Polyverse.

But according to urban myth this place was once a house of power and ritual. Even now in his sixties he dimly remembers his Marxist mum and her mutterings in front of an old monochrome telly, after yet another State Opening. Those swine adorned with pearls! It is hard to believe that the old Queendom was directed by the chortles and jeers of men popping up and down waving pieces of paper to guarantee war in our time, their time, their lost tranche of time in which so many disasters occurred - not mention the ensuing horrors of the Qliphothic Rupture.The perversity of the unleashed Polyverse ripped up the comfortable consensus about reality-models and took us briefly into the Chaosphere, according to various conflicting accounts. But we don’t talk about that. It was/is unthinkable.

Perhaps he should follow the guidance of the National Management Party and try Focused Forgetting therapy, with neuro-electronic assistance. Harriet downstairs thinks it could become compulsory but the girl’s paranoid. Nevertheless this has been a risky excursion, another psychogeographical expedition into his theatre of memory, for he has to create a viable link with at least one strand of his past. He takes a final look at the tarnished Mace on the Despatch Box. Nobody wants it now, not even the looters. Inexplicable. It’s time to go home, to home-base.
Posted by Brother Paul at 1:41 PM No comments:

The Diorama, in Regents Park. An early Victorian pre-cinematic entertainment, related to Panoramas and similar visual constructions. During the eighties it was frequently used as a venue for performances, experimental film and video art screenings, concerts, parties and other activities. The building (behind some very expensive terraced houses) appears to have been empty and unused for some time.

THE Diorama, on the eastern side of Park-square, Regent's-park, was exhibited in Paris long before it was brought to London, by its originators, MM. Bouton and Daguerre; the latter, the inventor of the Daguerréotype, died 1851. The exhibition-house, with the theatre in the rear, was designed by Morgan and Pugin: the spectatory had a circular ceiling, with transparent medallion portraits; the whole was built in four months, and cost 10,000l.

The Diorama consisted of two pictures, eighty feet in length and forty feet in height, painted in solid and in transparency, arranged so as to exhibit changes of light and shade, and a variety of natural phenomena; the spectators being kept in comparative darkness, while the picture received a concentrated light from a ground-glass roof. The contrivance was partly optical, partly mechanical; and consisted in placing the pictures within the building so constructed, that the saloon containing the spectators revolved at intervals, and brought in succession the two distinct scenes into the field of view, without the necessity of the spectators removing from their seats; while the scenery itself remained stationary, and the light was distributed by transparent and movable blinds-some placed behind the picture, for intercepting and changing the colour of the rays of light, which passed through the semi-transparent parts. Similar blinds, above and in front of the picture were movable by cords, so as to distribute or direct the rays of light. The revolving motion given to the saloon was an arc of about 73º; and while the spectators were thus passing round, no person was permitted to go in or out. The revolution of the saloon was effected by means of a sector, or portion of a wheel, with teeth which worked in a series of wheels and pinions; one man, by turning a winch, moved the whole. The space between the saloon and each of the two pictures was occupied on either side by a partition, forming a kind of avenue, proportioned in width to the size of the picture. Without such a precaution, the eye of the spectator, being thirty or forty feet distant from the canvas, would, by anything intervening, have been estranged from the object.

The combination of transparent, semi-transparent, and opaque colouring, still further assisted by the power of varying both the effects and the degree of light and shade, rendered the Diorama the most perfect scenic representation of nature; and adapted it peculiarly for moonlight subjects, or for showing such accidents in landscape as sudden gleams of sunshine or lightning. It was also unrivalled for representing architecture, particularly interiors, as powerful relief might be obtained without that exaggeration in the shadows which is almost inevitable in every other mode of painting. The interior of Canterbury Cathedral, the first picture exhibited, in 1823, was a triumph of this class; and the companion picture, the Valley of Samoa, equally admirable in atmospheric effects. In one day (Easter Monday, 1824), the receipts exceeded 200l.

In viewing the Diorama, the spectator was placed, as it were, at the extremity of the scene, and thus bad a view across or through it. Hence the inventor of the term compounded it of the Greek preposition dia, through, and orama, scene; though, from there being two paintings under the same roof in the building in the Regent's-park, it is supposed the term was from dis, twice, and orama; but if several paintings of the same kind were exhibited, each would be a Diorama. (Black.)

Although the Regent's-park Diorama was artistically successful, it was not commercially so. In September, 1848, the building and ground in the rear, with the machinery and pictures, was sold for 6750l.; again, in June, 1849, for 4800l.; and the property, with sixteen pictures, rolled on large cylinders, was next sold for 3000l. The building has since been converted into a Chapel for the Baptist denomination at the expense of Sir Morton Pete, Bart.

Dioramas have also been painted for our theatres by Stanfield and Roberts, the Grieves, and other artists. Other Dioramic exhibitions have been opened in the metropolis. In 1828, one was exhibited at the Queen's Bazaar, Oxford-street; in 1829, the picture was "The Destruction of York Minster by Fire," during the exhibition of which, May 28, the scenery took fire, and the premises were entirely burnt. In 1841, there was exhibited at the Bazaar, St. James's-street, a Diorama, of five large scenes, of the second funeral of Napoleon; but, though most effectively painted by members of "The Board of Arts for the Ceremony," and accompanied by funeral music by Auber, the spectacle excited little interest. At Easter, 1849, was opened the Gallery of Illustration, in the large saloon of the late residence of Mr. Nash, the architect, No. 14, Regent-street, a series of thirty-one Dioramic pictures of the Over. land Mail Route from Southampton to Calcutta; the general scenery painted by T. Grieve and W. Telbin, human figures by John Absolon, and animals by J. F. Herring and H. Weir: in picturesqueness, aerial effect, characteristic grouping, variety of' incident, richness of colour, and atmosphere skilfully varied with the several countries, this Diorama has, perhaps, scarcely been equalled; it was exhibited between 1600 and 1700 times, and visited by upwards of 250,000 persons.

The site is currently for sale, with images that do not resemble the one above:
http://commercialsearch.savills.co.uk/property-detail/5155

BUU reawakens. In 2017 new initiatives will be launched. The Bureau will announce its intentions and insert its inventions.

In 2016 The Bureau travelled to various cities around the world, but its activities were extremely low-key, almost imperceptible.

The Quantum Brothers, on the page and off the page, have materialised and dematerialised, have emanated and will resonate through paratextual propositions and revisited Ballardian landscapes. 101 reasons to be curious. 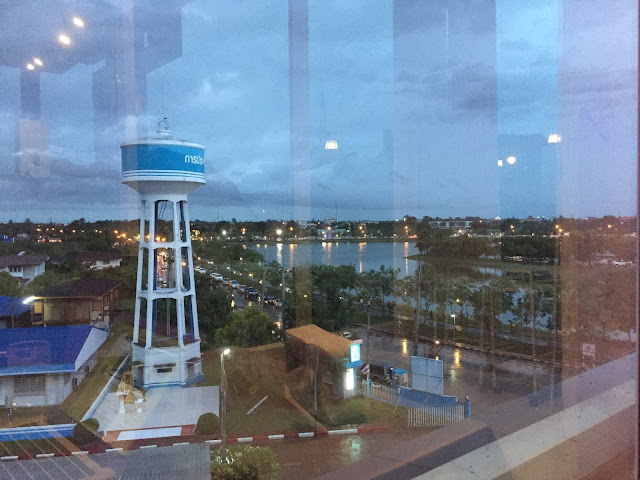 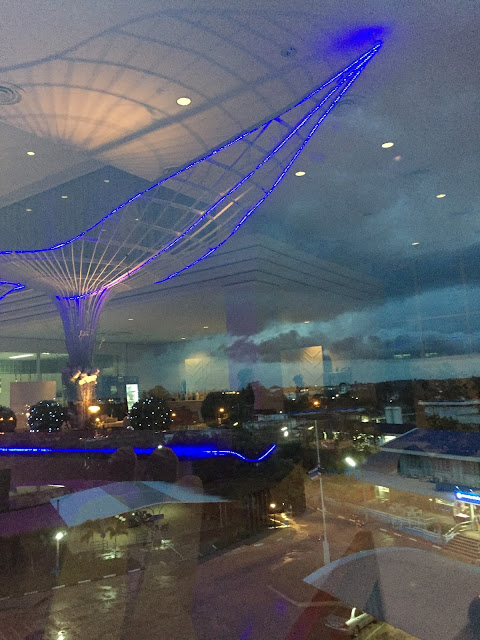 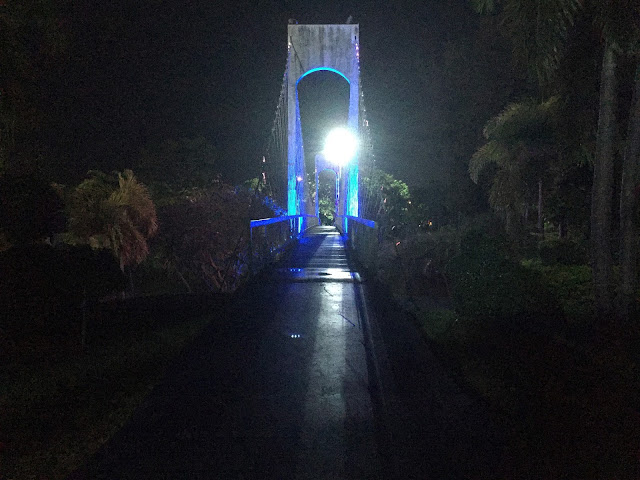 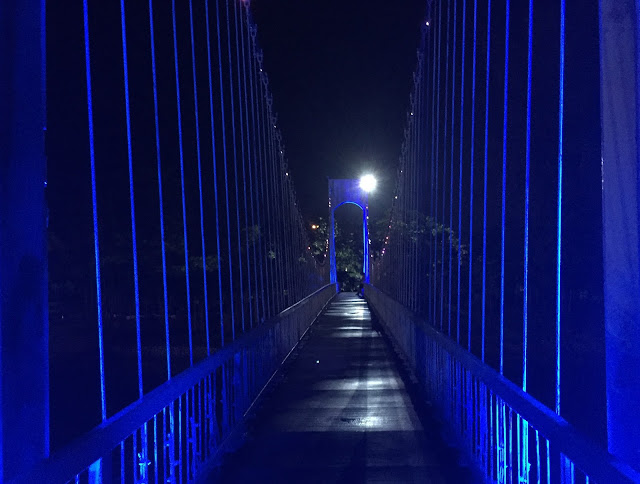 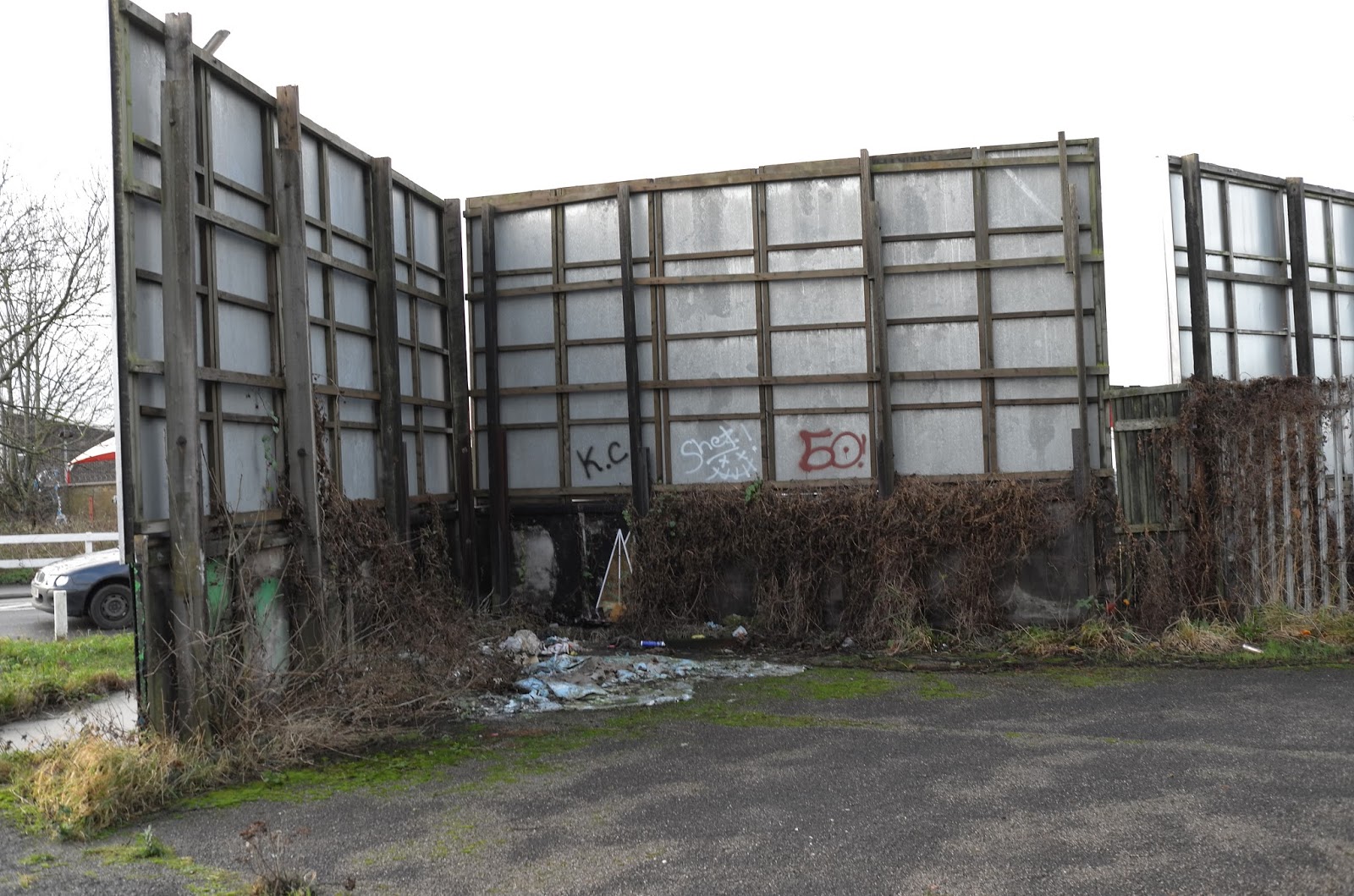